“The quantitative study of energy relationship in the biological systems is called bioenergetics. It involves biological energy transformation. It obeys the law of thermodynamics. 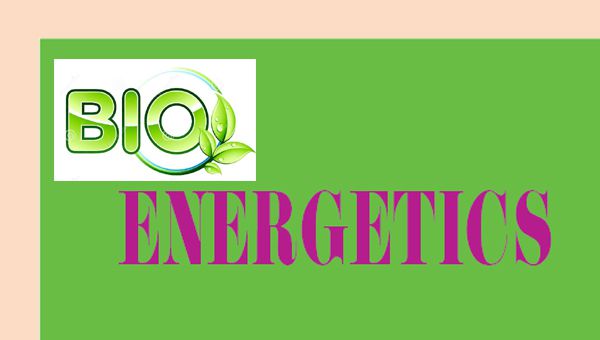 The process of photosynthesis helps to understand the principle of bioenergetics (energy transformation) in the living atmosphere. The photosynthetic organisms like plants use solar energy. They synthesize organic compounds like carbohydrates from this energy.

These compounds cannot be formed without the supply of this energy. This stored energy is used in the cellular processes. It is an energy source for all the life. Photosynthesis provides carbohydrates like glucose.

The energy stored in carbohydrates is released during glycolysis and respiration in a controlled manner. So, the photosynthesis acts as an energy capturing and respiration acts as energy releasing processes.

Molecular oxygen is produced during photosynthesis. This oxygen started accumulating (L’c.1) in the atmosphere. Then there was evolution of respiration due to this free oxygen. Respiration releases a large amount of energy. Some of this energy is used in the formation of adenosine triphosphate (ATP) molecules. ATP is a chemical that link between catabolism and anabolism.

Role of Photosynthesis in Bioenergetics

All organisms need free energy. This energy is used for performing the functions of the body. It keeps the organisms alive. The chief source of direct or indirect energy on earth is solar energy. But, all organisms cannot use sunlight as a source of energy for their metabolism. They can use chemical energy in the form of food and sugar.

The chloroplast of the plants can capture light energy of the sun. It converts light into chemical energy (Chemical compounds). This chemical energy is stored in the form of glucose and other organic molecules.

What is the difference between photosystem 1 and 2