There is a large collection of very dissimilar forms of organisms, found on earth. Over 1.5 million types of animals and over 0.5 million types of plants are known to biologists and these are only a small percentage of the total types estimated to live on earth.

Classification is based on relationship amongst organisms and such relationship is got through similarities in characteristics. These similarities suggest that all organisms are related to one another at some point in their evolutionary histories. However, some organisms are more closely related than others. For example, sparrows are more closely related to pigeons than to insects. It means that the former to have common evolutionary histories.

The groups into which organisms are classified are known as taxonomic categories or taxa (singular taxon). The taxa form a ladder, called taxonomic hierarchy. All organisms are divided into five kingdoms. So Kingdom is a largest taxon. On the basis of similarities, each kingdom is further divided into smaller taxa in the following way:

Members of lower taxon resemble one another more than do the members of a higher taxon. This table classifies the humans (Homo sapiens) and pea (Pisum Sativum)

Species is the basic unit of classification. “A species is a group of organisms which can interbreed freely among 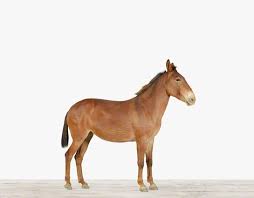 them and produce fertile offspring, but are re-productively isolated from all other such groups in nature.” Each species possesses its own distinct structural, ecological and behavioural characteristics.

In the definition of species we must emphasise “in nature” because two organisms related to two different but closely related species can cross-breed.

Photosynthesis Process: How do Plants take in their food?

Deforestation and Over Hunting: Causes and Effects on Life Cycle