Biology is the study of living things and organisms and their interactions with the environment. while an organism is 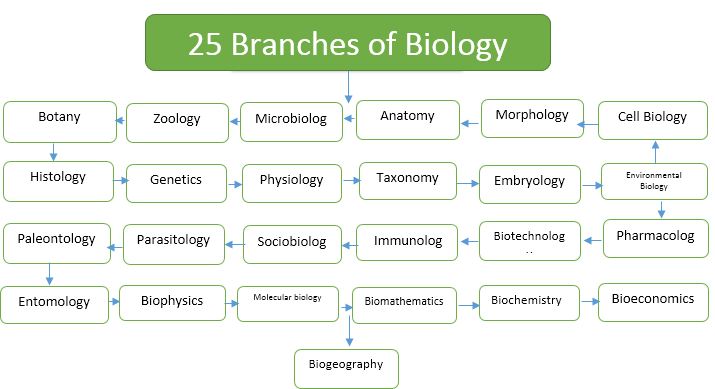 defined as any living thing on the world and all living things have certain characteristics. botany, zoology, mycology microbiology, and anthropology, etc. are some examples from 25 branches of biology.

So If You If you Want to Get Great results from This post, You’ll Love this Post.
Keep Reading.

let us describe the biology and 25 branches of biology in more detail…!

Biology is the scientific study of life. The word “Biology” has been derived from two Greek words; Bios meaning ‘life’ and Logos meaning ‘thought or reasoning’. In the course of biology, we will study how man has thought about living things.

Human and animal life is very broad so there are many branches of biology to understand and appreciate nature, it is essential to study the structures, functions, and related aspects of living organisms.

and little introduction leads us to the next topic divisions of biology…!

According to revised classification are three major divisions or branches of Biology which study the different aspects of the lives of major groups of organisms.

Zoology is concerned with the scientific study of complete animals 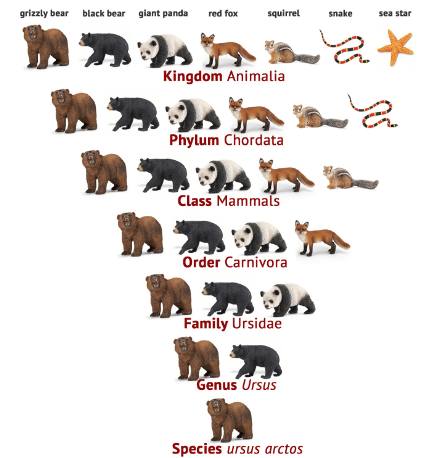 (kingdom Animalia) and considered to be the larger field of biology. the word zoology is derived from the zoo (animals) and ology (the study of). It is the study of functions, behavior, and ecology of different animals.

These animals are multi-cellular, eukaryotic, lack cell walls and are heterotrophs.

when we talk about eukaryotic, you may also like to read about the Difference between Prokaryotic and Eukaryotic Cells.

Zoology is subdivided into six Further branches which are as follows: 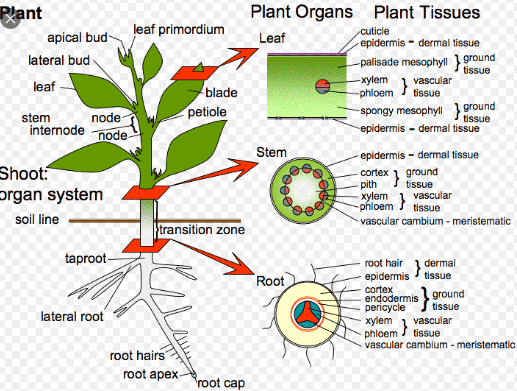 life and their anatomy or structure along with physiology (Functions) and environmental factors. moreover, it also includes growth, reproductions, and metabolisms along with some negative perspectives like diseases.

it also covers the chemical properties of plants kingdom and their evolutionary relationships among taxonomic groups. botany is considered to be the oldest branch of science.

the study of tiny living things is referred to the microbiology. tiny things 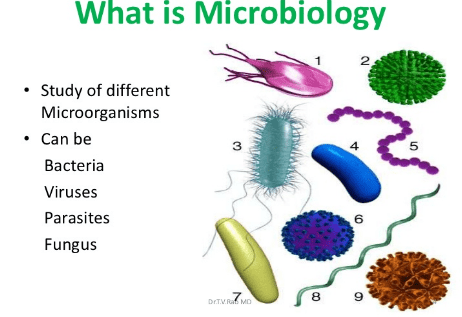 mean which usually we can’t see with the naked eye. they are also called microbes, for example, algae, viruses, protozoa, fungi, and bacteria, etc. some microbes are pathogenic to humanity while many others are beneficial to us.

Sub-Branches of Microbiology and 25 branches of biology

Micro-biology is divided into various pure and applied branches which are as follows:

Let us discuss the big list of Biology Branches.this classification actually leads us to the broader end of biology.

In order to study all the aspects of life, these divisions are further divided into different branches as defined below.

The Scientific Study of Plantlife is called Botany. it also includes fossil plants along with living. furthermore, we will get in touch with the form of the plant, their functions, and also interactions with environment and classification.

This branch deals with the study of forms and word structures of living organisms. this category also includes the system of categorized and rules involved in word formation with their interpretations. in fact, we examine the different categories of morphemes that make up words and different morphological processes. (25 branches of biology)

The study of internal structure (Morphology) along with their arrangement and their relationship with different parts is called anatomy. the anatomy majorly applied to the human body that enables us to understand better how our body works during rest and exercise. for example, the structure of the heart and their functions.

The microscopic study of tissues of the body and how these tissues are arranged into different patterns of organs is known as histology. It is derived from the Greek word ” Histos” meaning tissues and ” Logia” Knowledge, which is said to be the tissue knowledge regardless of plant and animals.

It is performed under the light or electron microscope by examining thin slices or sections of tissues.

What is Cell Biology?

we know that every living thing in this universe is made up of one or more cells. so, the study of structures and functions of cells and cell organelles is called cell biology. It also deals with the study of cell division. these cells carry out the different functions of life and are produced or divided into other cells.

This branch deals with the study of functions of different parts of living organisms.

The study of genes and their roles in inheritance is called genetics. Inheritance means the transmission of characters from one generation to the others.

It is the study of the development of an embryo to new individuals.

It is the study of the naming and classification of organisms into groups and subgroups.

It is the study of fossils, which are the remains of extinct organisms.

It deals with the study of the interactions between the organisms and their environments.

This branch deals with the study of the social behavior of the animals that make societies.

This branch deals with the study of parasites.

It deals with the practical application of living organisms to make substances for the welfare of mankind.

It is the study of the immune system of animals, which defend the body against invading microbes.

It is the study of insects.

It is the study of drugs and their effects on the system of the human body.

Watch Video About 25 Branches of Biology

Biology Fields with Different Careers in Biological Science with Details