Sponges actually belong to the phylum Porifera. The Word Porifera is derived from porus= pore, and ferra= to bear. The Porifera are pore-bearing animals, commonly called sponges having holes or pores on their bodies. they are multicellular and have no organs. sound absorption in buildings and many other purposes are major causes for the economic Importance of Phylum Porifera.

This is a Complete Guide About Phylum Porifera Examples and Characteristics.

Sponges are found almost everywhere in the world but a large number is found in tropical water. All animals are aquatic. Out of the total of 5000 species, 150 species live in water while all other species are marine. They are called the most primitive phyla of the animal kingdom. 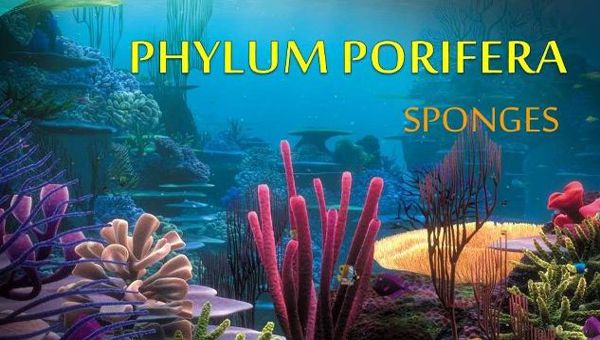 sponges almost have needlelike structure which is called spicules. you can birely found it on their soft body wall. by pressing the bodies of sponges, they secrete unpleasant sensation.

These are also present around the osculum and Ostia. Skeleton provides support to the body.

Fertilization occurs ¡n the mesenchyma and zygote are formed. The embryo passes through blastula and larval stages during its development. 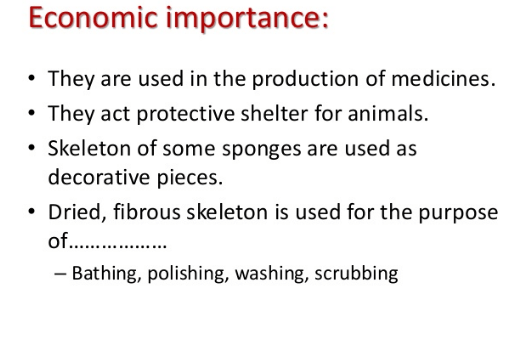 Sponges play a vital role in the economic and commercial growth of our society. some sponges are used in the bath because of their skeleton. the followings are the uses of sponges.