Poaceae family is distributed throughout the world. It has 600 genera and 10,000 species. There are 158 genera and 492 species of this family in Pakistan. Economic Importance of Poaceae lies for both men and animals. three major characteristics of the Poaceae or grass family separate them from other plant families. it is the combination of three characteristics of the grass family. 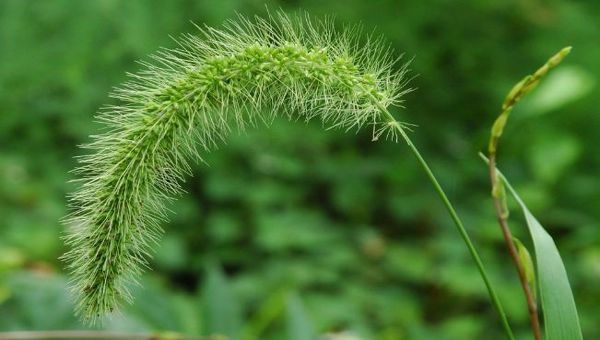 Poaceae also is known as Gramineae have some unique characteristics than other families. usually known as grass family, have 12 subfamilies, about 600 genera, and some 10,000 or more species.they are arranged in spikelets, each has one or more florets. the spikelets consist of two or fewer bracts at base.

perianth reduced to two scales( Calle lodicules) expand and contract to spread the lemma and palea. there are some more characteristics are given below:

The spikelets are arranged on a slender axis called the rachilla. Each spikelet consists of bracts. The lower two empty bracts are called glumes. The glumes cover the whole of the spikelet.

The upper bract is called a lemma. It encloses the flower. A hyaline scale-like bract is a present opposite to lemma. It is called the palea. This whole structure consisting of the lemma, palea, and the flower is called a floret. The glumes or lemmas also contain one or more bristle-like structures called awns.

Perianth: It is absent or it is represented by 2 (rarely 3) scales called lodicules. These lodicules are hyaline or fleshy.

Androecium: They have 1 to 6, mostly 3, free stamens. They have delicate filaments. While their anther is versatile.

Gynoecium: They have a compound pistil with three united carpels. Only one carpel is functional. However; stigma usually large and feather-like.

Fruit: There fruits are grains or caryopsis. Caryopsis is a dry indehiscent fruit in which fruit wall (pericarp) is completely fused with the seed coat.

This family has greater importance than all other families of the flowering plants. Although; it has importance both for men and animals.